In response to recent COVID-19 concerns, we are writing to assure our clients that we are taking recommended precautions.

Would you like to switch to the accessible version of this site?

Don't need the accessible version of this site?

CALL FOR A FREE CONSULTATION 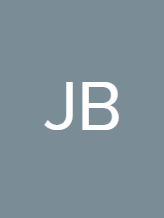 Get directions to our offices

CALL FOR A FREE CONSULTATION

Attorney Advertising. This website is designed for general information only. The information presented at this site should not be construed to be formal legal advice nor the formation of a lawyer/client relationship. [ Site Map ]

See our profiles at Lawyers.com and Martindale.com